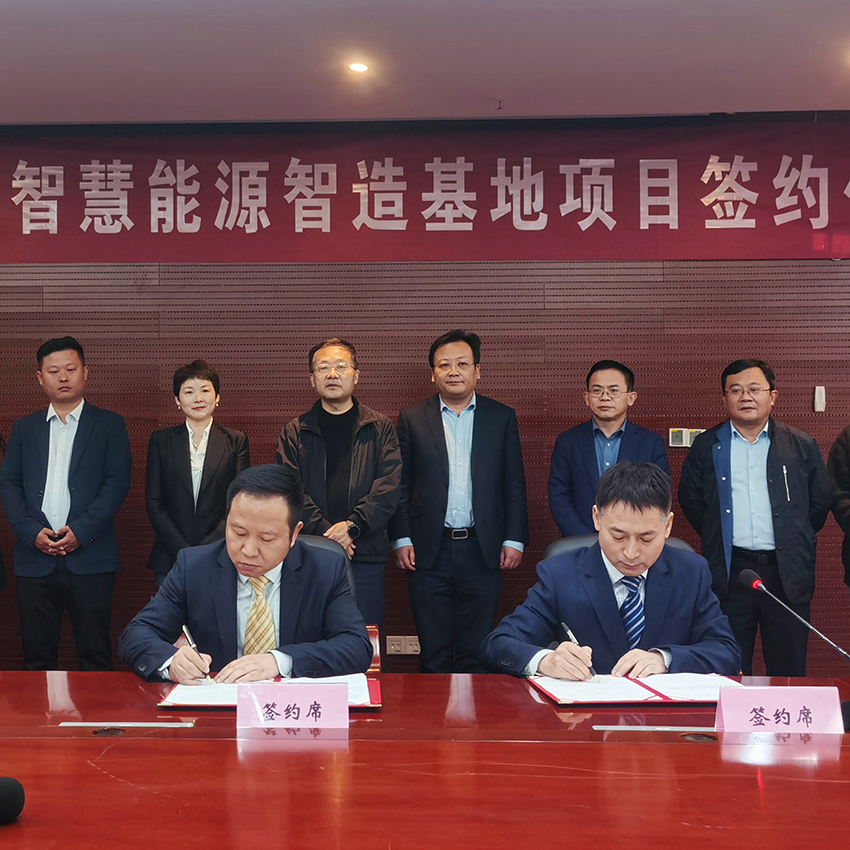 Mr.Xie Shenheng, who is the General manager of DAH Solar attended the signing ceremony of The Investment Programme. 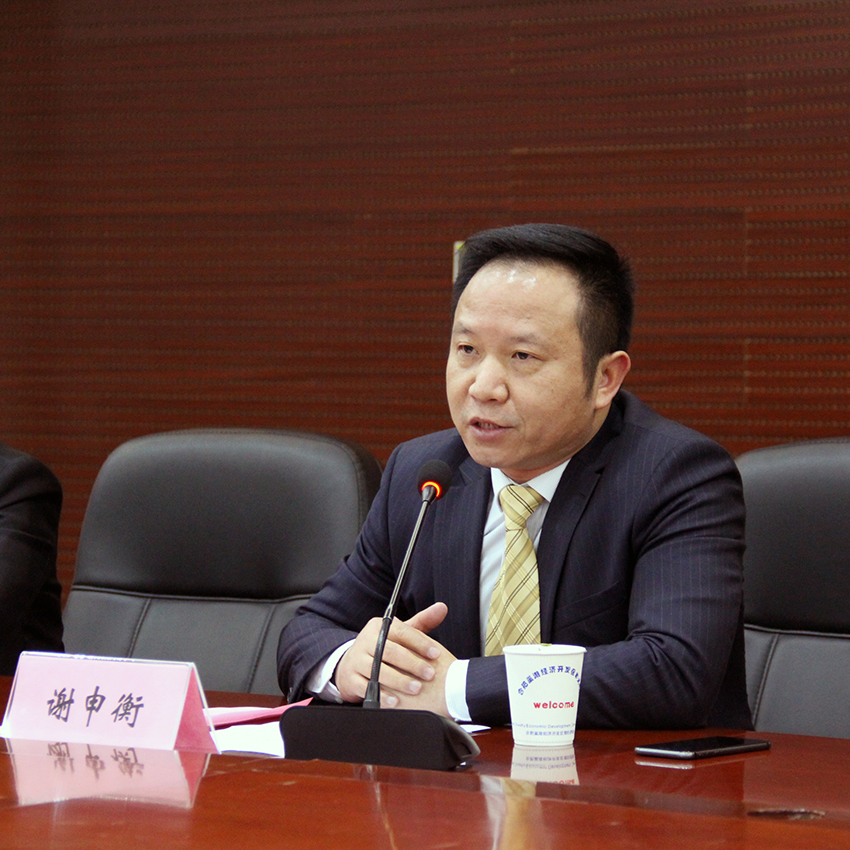 Firstly, Mr. Xie expressed his sincere gratitude to the Chaohu Economic Development Zone Management Committee for its support. Then he introduced that DAH Solar, as a fast-growing innovative photovoltaic company, has always adhered to user needs as the orientation, technological innovation as the core, and based on global competitiveness. "DAH Solar Smart Energy Intelligent Manufacturing Base" project to be set up in the Chaohu Economic Development Zone in Anhui, with a total investment of 2 billion RMB and a total area of 150,000 square meters. 4GW PV module and solar cells production base are planned to be constructed. 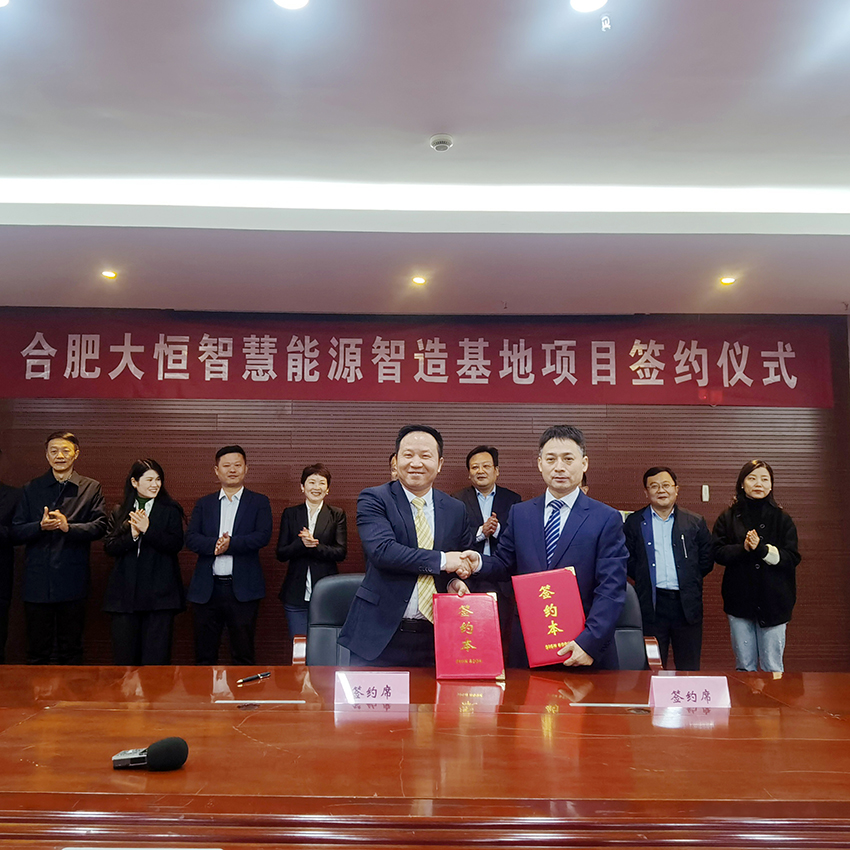 After the completion of the project, it will not only increase the company's production capacity, enrich the upstream and downstream raw material supply chain lines, and do a good job of "extending the chain" and "strengthening the chain", it will also bring more than 1,000 jobs opportunities to the development zone and achieve an annual output value of more than 5 billion RMB. To promote the agglomeration of the photovoltaic industry, promote the optimization of the industrial structure, and accelerate the realization of the goal of "zero carbon emissions by 2030".
in addition to the regular production line like 182/166cells, we have many new products developed by DAH R&D team are promoting to the market.
1. Full Screen pv module:Click to open link
2. 1/3 cut Low current PV module:Click to open link
3. Set up a warehouse in Rotterdam for ensuring European market timely delivery. 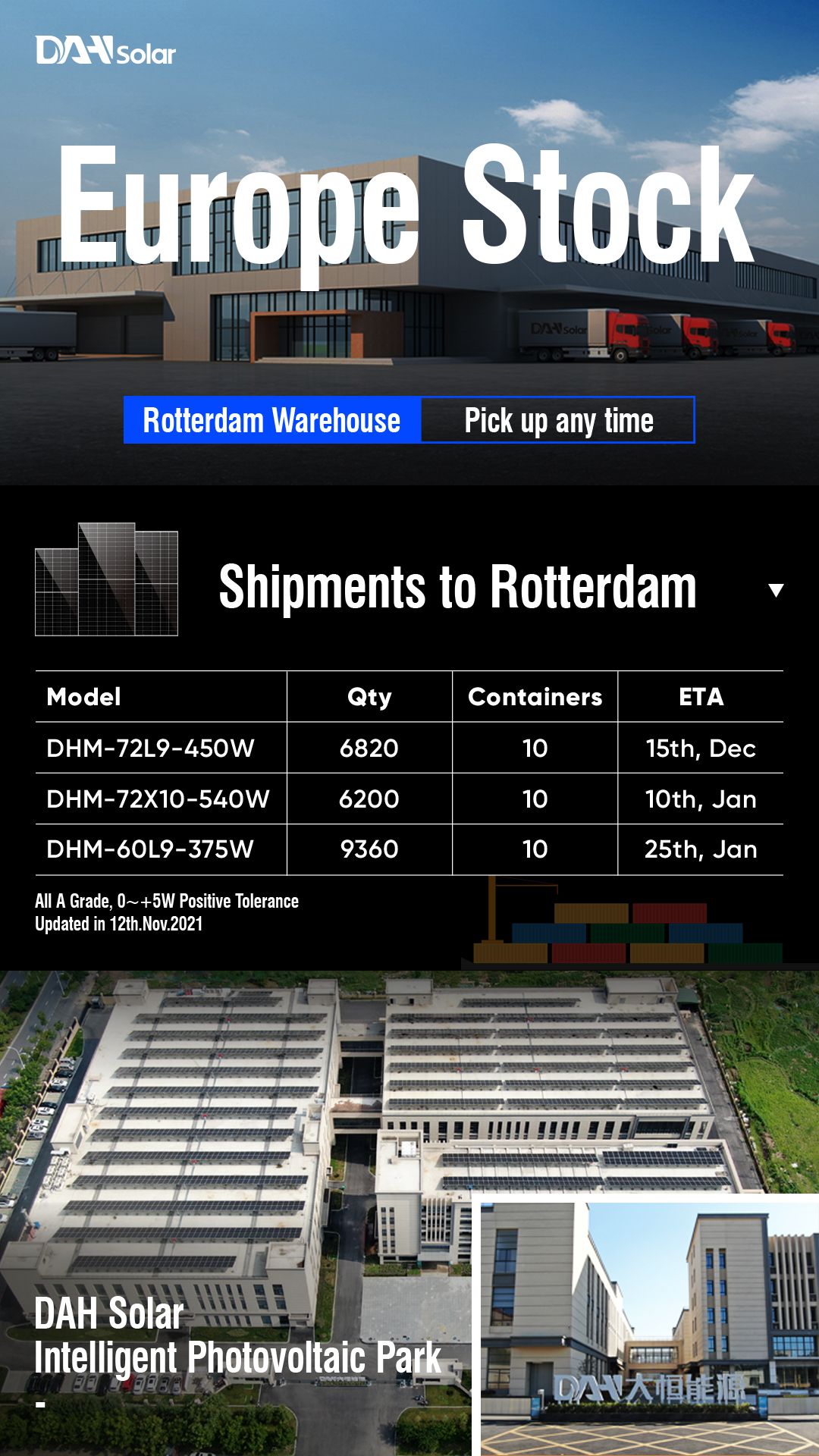