ATESS solution has helped Bangkok's electric passenger ferry route across the Chao Phraya River to kick start. 14 units of ATESS 300kW DC fast charger EVD-300D were deployed in a shore-based electric ferry charging station. Each ferry has 26 charging interfaces that could be connected with 13 units charger simultaneously, and get fully charged in 20 minutes. 27 ferries has been built in this project and officially launched on 23rd Dec 2020. The President of Thailand attended the opening ceremony. These E-ferries are also equipped with ATESS HPS10000 and PCS storage inverters to power the facilities aboard. It will save 4.73 million liters of diesel and reduce equivalent 12,771 tons of carbon dioxide each year. 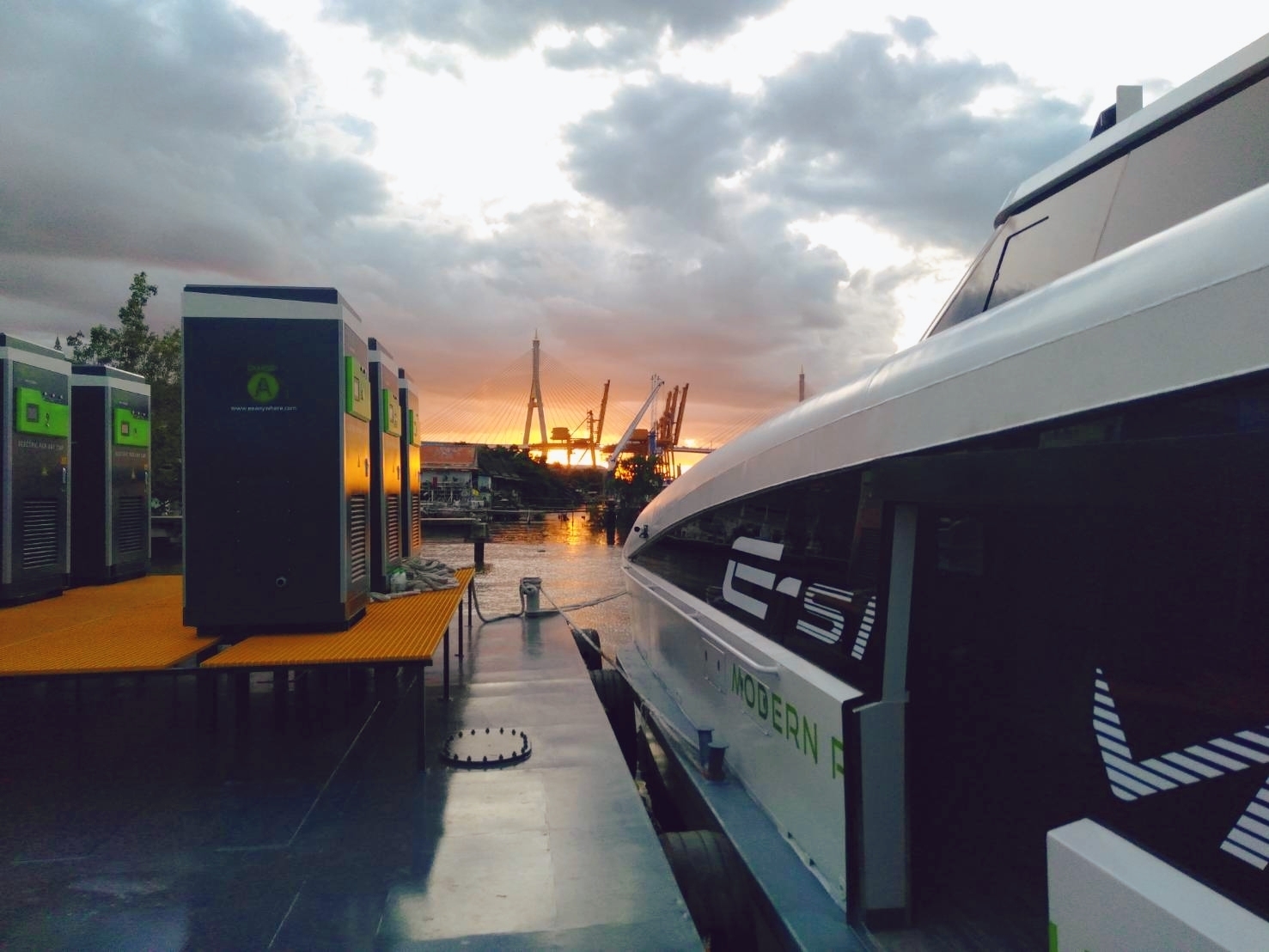 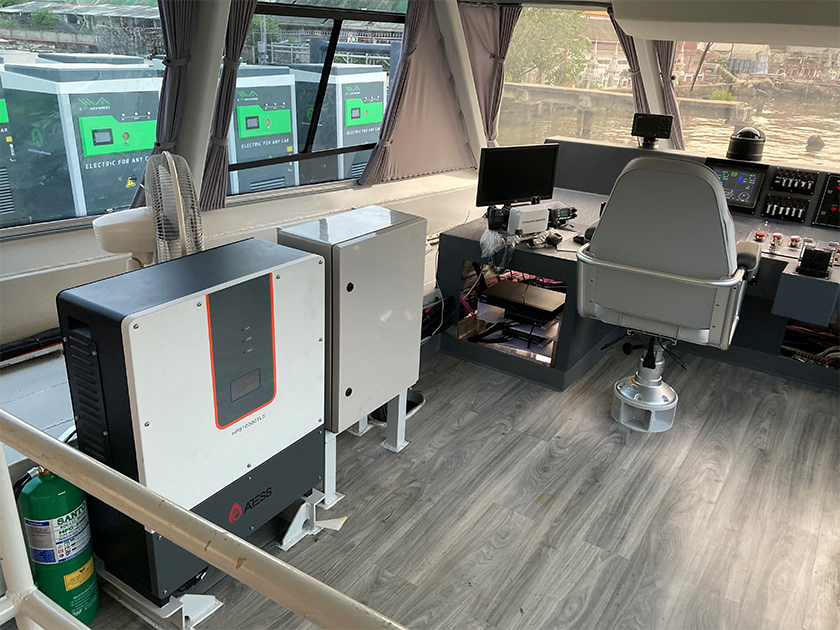 Why did ATESS develop such large DC chargers? As the blossom of electric cars and vans, construction of charging stations with 3-150kw EV chargers has kept pace. Yet larger tools like electric trucks and ferries, which are just budding in the green transportation industry, currently have very scant charging facilities due to their high charging power. Limited by the gun line current and the number of charging sockets, electric vehicles basically have only one AC and one DC charging socket, If high-power electric trucks and boats use single charging port, it's hard to imagine how long it takes for a full charge.
To fill the blank in the heavy-duty charging market, ATESS launched the 300kw high power multi-gun charger, which are available for bus as well as other large-sized transportation like ferries and trucks. 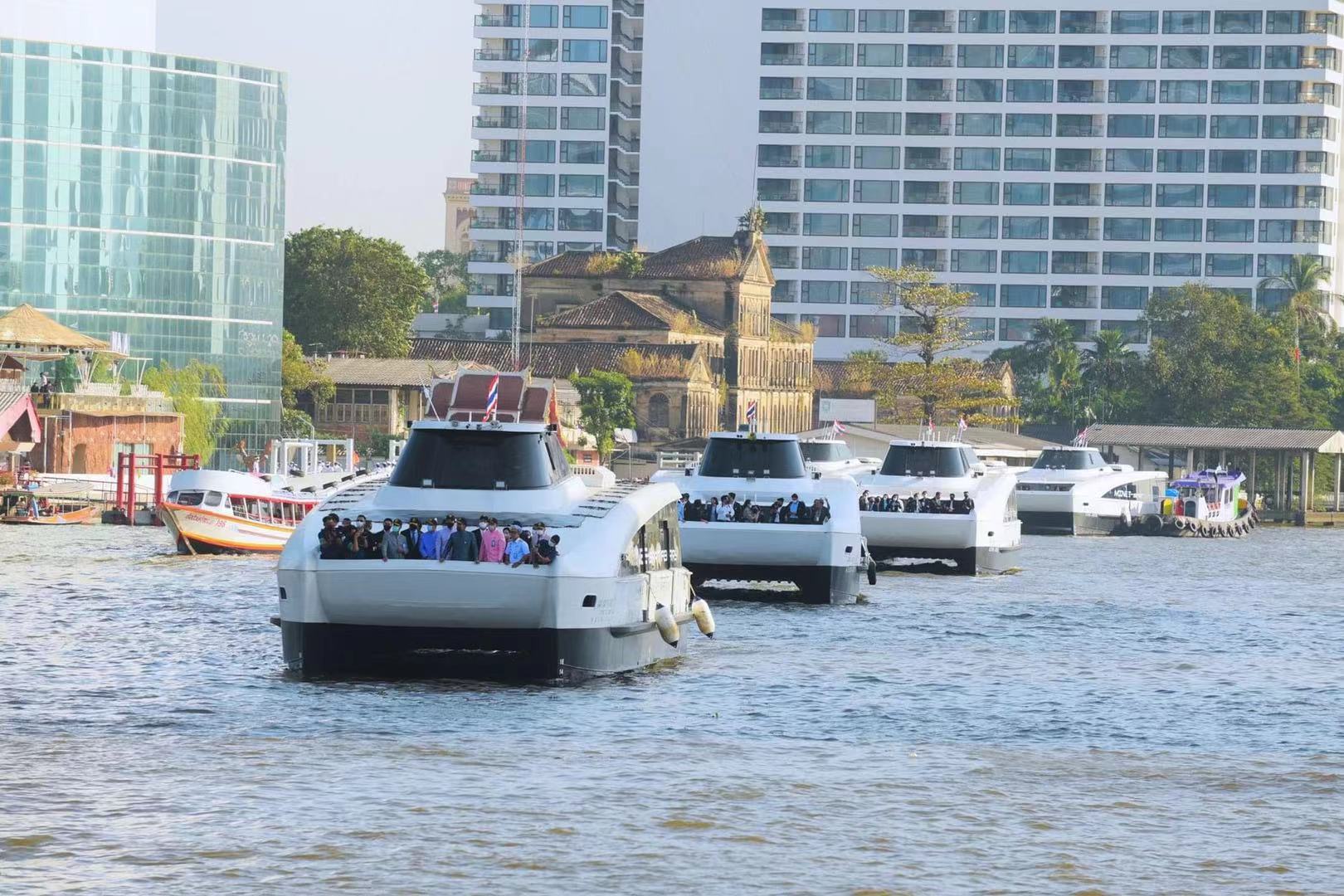 Multi-gun charging is a breakthrough on charging technology that accomplished by ATESS independently and it obtained the patent of "Multi-gun charging control system, charging device control system and equipment”. Moreover, the "mine smart ferry” integrated another ATESS technology-battery BMS for ferry, with the software copyright "Electric ferry battery management software”. Equipped with all these ATESS cutting-edge technologies, these E-ferries will sail for a longer, safer and greener voyage.
Fuente: ATESS
Perfiles en ENF para compañías mencionadas en este artículo