VSUN has launched a new Half-cell module with a power output of up to 450W, manufactured by a "large-format" 166 mm silicon wafer, the manufacturer's multi-busbar technology and PERC Half-cell technology. The VSUN 450W+ version has a reported conversion efficiency of 20.37%.
VSUN claims the VSUN450W+ can help investors minimize the cost and bring higher ROI (Return on Investment) with both lower BOS (Balance of System) costs and lower LCOE（Levelized Cost of Energy）, and it also has become the best choice for investors in global scale power stations.
At present, VSUN is accelerating the mass production of the 450W+ modules in advance. We firmly believe that 450W+ modules can become a milestone product for VSUN to enter a new era of the highest efficiency. 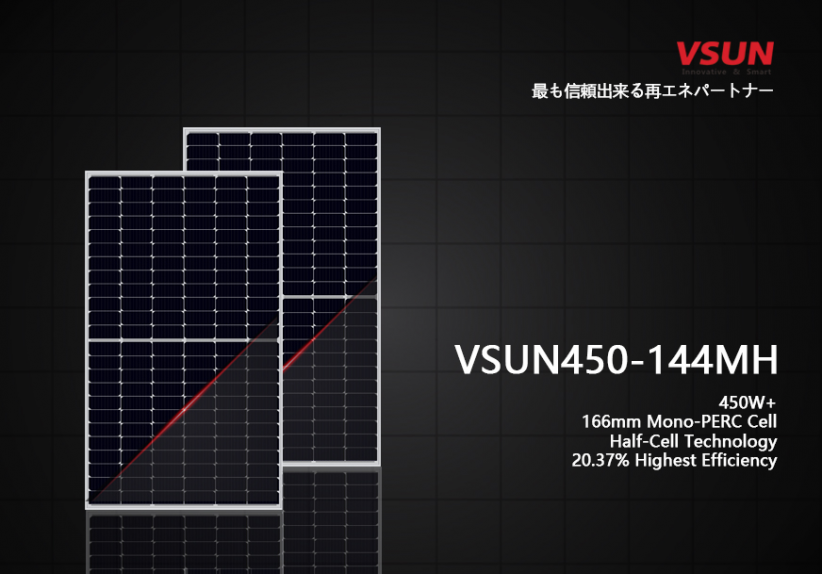